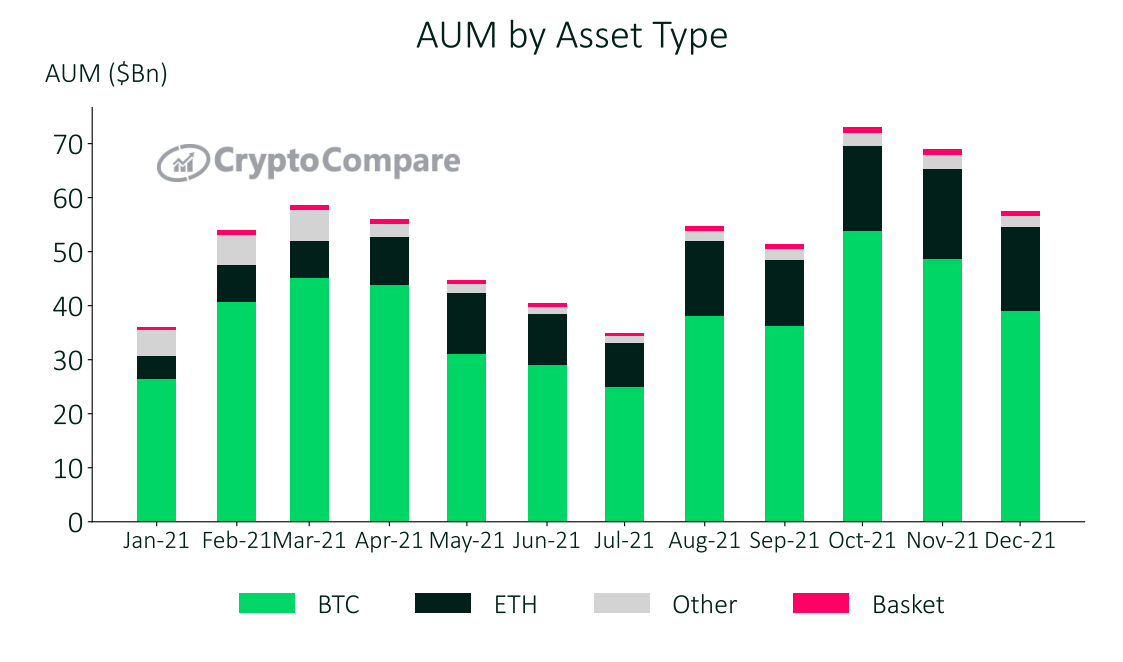 Bitcoin is being outpaced by some of the smaller and faster-growing cryptocurrencies. The dynamic has lessened Bitcoin’s dominance, with total assets under management for Bitcoin-related investment products falling 20% to $39 billion in December, according to a report from CryptoCompare.

The decline reduced Bitcoin products’ portion of total digital-asset investment vehicles to 67.8% from 70.6%, the lowest share of the year, according to the data provider.

Polkadot and Cardano have each gained more than 20% over the past seven sessions, according to Coinmarketcap.com.

Axie Infinity’s coin has added 18% in that period, while FTX’s coin rallied 7%.

December was a stretch marked by choppiness for Bitcoin, the original and once-supreme cryptocurrency. The coin is down 10% so far this month, on pace for its second consecutive monthly decline.