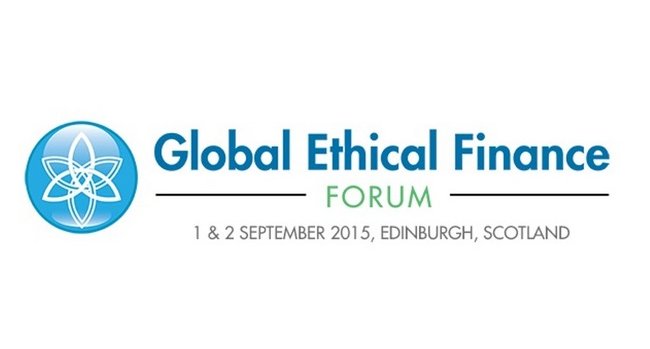 “I am at peace. If you see graft and don’t speak out against it, you are part of the system that enables it. I was unable to let it continue to happen and weigh on my conscience.” stated HRH Muhammad Sanusi II, Emir of Kanoand former Central Bank Governor of Nigeria in an extraordinary live on-stage interview at the end of the Global Ethical Finance Forum held last week at the prestigious Balmoral Hotel in Edinburgh, Scotland.

The interview with the Emir of Kano was the perfect culmination for the two-day forum which gathered 300 delegates from across the ethical finance industry including Islamic Finance, Socially Responsible and Impact investing. The delegates included industry leaders, academics, students, and financial service participants from across the Middle East, Africa, East Asia, Europe and North America.

The candid and informal interview with the Emir of Kano describing his own personal experience as the former central bank governor of Nigeria during the credit crisis of 2008. His experience and advice for Islamic bankers was to install safeguards to eliminate corruption and to hold accountable individuals for their irresponsible actions. He feared that we were heading towards another global financial crisis as many of the issues from the previous banking crisis remained unresolved.

The Emir further clarified that ethical finance to fully be a leading part of the future of global finance; it must not only incorporate Islamic finance and other faith groups but also provide a real value proposition that puts the customers and depositors ahead of the equity stakeholders. A key issue in the current financial system as current banking and financial regulations favoured the equity holders of the bank which typically account for only 10% of the assets at the expense of the customers (deposit holders) that have contributed the remaining 90% of the bank’s assets.

The Emir also highlighted an underlying holistic issue for conventional banking which is also shared by most Islamic banks; failure to contribute to the good of the society with emphasis on fairness and social justice.

Almost certainly most of the delegates at forum shared the views of the Emir and even Keith Brown MSP, Scotland’s Cabinet Secretary for Infrastructure, Investment & Cities in his opening remarks stated, “Creating a fairer society is not just a good on its own, it is also essential for long-term prosperity.”

So indeed the forum provided a great platform for discussion between Islamic finance and conventional finance on a unified platform of “ethical” finance. Panel discussions included investment screening processes, green bonds and sukuks, regulation, technology and the summary of the newly released Responsible Finance Report produced by Thomson Reuters and the Responsible Finance Institute. The forum reaffirmed the similarities between ethical and Islamic finance but also brought to light a key issue for Islamic financial institutions that is often overlooked; is it possible for a product to be “Shariah Complaint” and not ethical?

The answer is yes. One panel discussion highlighted this very issue and discussed ways to incorporate ethical guidelines in Islamic finance products to make the product not just be Shariah compliant on the surface but Islamic to the core.

A simple example helped delegates understand the issue at hand. A clothing manufacturer with no debt and meeting other generally accepted Shariah screening metrics which typically are financial ratios and business or product being of a halal nature would pass as being a Shariah compliant investment. However, the company is using suppliers in Thailand which are employing child labour or have exploitive employment practices. Shariah screening would fail to capture this issue which is clearly against Islamic or Shariah principles.

Socially responsible investing employing Environmental, Social, and Governance screening would be able to capture the issue of child labour as it would extend its screening beyond the surface of the company to look at the supply chain and practices of the company.

Shariah screening in most cases would fail to capture unethical practices of any business and would wrongly pass off businesses as being Shariah compliant despite their un-Islamic business practices. Panellists suggested Shariah scholars be given a broader mandate which would include assessment of the business operations. Perhaps even having Shariah scholars sit on the boards of financial institutions or companies so they can see that board and management decisions are being made in an ethical responsible manner.

Then we would surely solidify ethical and Islamic finance by ensuring that every Islamic finance product is truly ethical meeting the requirements of responsible Muslims and non-Muslims alike.